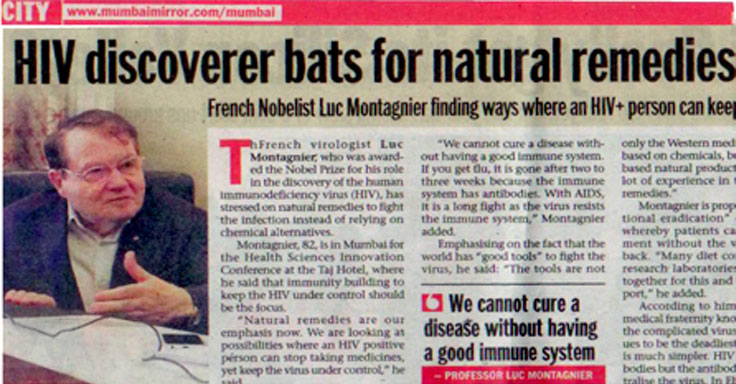 Herbalism is a modern medicine for HIV cure

The most promising for any modern researcher is to find a benefiting reply for herbal medicine, as they were criticized in the past for their over advocacy of natural remedies. Such exploration in the modern research could be a dead end for million dollar business of synthetic drug around the globe.

Although the current status of herbal medicine is not restricted in developing countries of Central Asia, North Africa, South East Asia and Middle East, but its status has been strategically damaged by big corporate world of western medicine. On the contrary in developed countries, about 70% of all the medical doctors in France and Germany prescribe herbal medicines (Murray & Pizzorno, 2000). Unfortunately, for an anti-HIV treatment the western doctors advocate ART (a synthetic chemical based drug) as this could be an unkindliest cut of them towards natural remedies.

The herbal medicines stood the test of time for their efficacy, safety, non-toxicity, availability and economic acceptability. The phytochemicals present in them shows the better compatibility with the human body than the synthetic chemical drug. Also it is believed that their physicochemistry makes it safer for human body. Furthermore, the world health assembly of WHO adopted a resolution (WHA 42.43) in 1989 that herbal medicine is of great importance to the health of individual and communities. The herbal practitioners are to be blamed not the natural remedies for poor status of botanical drug.

The natural medicines kept the pace without being affected by the popularity of modern medicines. The major herbal pharma sector along with the modern sector of pharma standardizes their herbal formulation by chromatography techniques like HPLC. Several hundred firms of small sector are manufacturing herbal medicines with or without standardization, but till date none of the pharma has standardized herbal medicine using active compound as marker linked with confirmation of bioactivity of herbal drug, this would be the prime reason for the unavailability of licensed drug for HIV.

Recently, the French nobelist Dr. Luc Montaigner, who was awarded the Noble Prize for his prime role in the discovery for Human Immune Deficiency Virus (HIV), has recognized the acceptance of natural herbal medicine over modern medicine for HIV. He stated â€œthe plants and natural products may hold the key to end the AIDS epidemic that has killed over 35 millionâ€, in a recent Indo-US health collaboration held in Mumbai. An 82 year old, noble prize winner virologist has clearly ruled out the effectiveness of vaccine for HIV. Furthermore, he pointed out the HIV a â€œsmarter â€œvirus than Ebola, as it induces antibodies but does not allow them to neutralize it.

Also he has proposed a â€œfunctional eradicationâ€ of the virus under the control of immune system and which is not harmful anymore. So this could be a new start for the search of viral inhibitor protein with immune activation that has to be herbal based. Montagnier emphasized on the fact that the world has â€œgood toolsâ€ to fight the virus. He said â€œthe tools are not only the western medicine, mostly based on chemical, but also plants based natural product. India has a lot of experience in these natural remediesâ€.

With the advent of HOOIMM PLUS (an anti viral herb-drug manufactured by HOOTONE REMEDIES, have a composition of 35 different plant species those are found in India), which has recently gained public interest. Hootone remedies is an Indian pharmaceutical firm with ISO 9001:2000 certification and manufacturing according to FDA GPM Standard Specifications, following the traditional time proven Indigenous Indian ethics of Unani-Ayurvedic-Siddah system in concurrence the most modern medical findings, exercising our own innovative techniques for developing herbal drugs.

Many successful research have been done on it, reporting the presence of novel anti- HIV active compounds from plants and other natural product. A study says it found to contain anti-HIV active compounds that included Alkaloids, Terpenoids, Anthraqunones, Saponins, Steroids, Triterpenoids, Quinones, Glycosides etc. They also contain the high phenolic content and the presence of polar substances, such as flavonoids and tannins which are known to possess antiviral activity. These active compounds inhibited various steps in the HIV life cycle. It inhibits HIV 1 protease, HIV 1 reverse transcriptase, potently inhibit HIV replication, inhibits the interaction between Gp 120 and CD4 as a results, inactivates the viruses and blocks the fusion of virus to the cell membrane, blocking the initiation, promotion and progression. 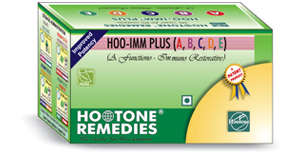 HOO-IMM PLUS called unparalleled anti-HIV herb drug due to the absence of qualitative proviral DNA (LTR & GAG region), for the post treated HIV patients with HOO-IMM PLUS. GAG, the genomic region encoding the capsid protein. It gives rise to gag precursor protein P55 which is called assemblin, indicates its role in viral assembly. The P55 myristoylated protein, which is processed to P17(matrix), P24(capsid), P7(nucleocapsid) and P6 protein, by the viral protease. It associates with the plasma membrane, where virus assembly takes place. So this makes HOO-IMM PLUS an incomparable natural remedies. 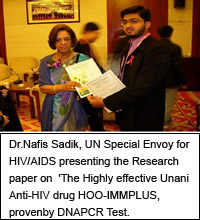 Therefore stressing for the research for functional cure for HIV has given rise to a new prospective in the sphere for HIV cure by eradicating the functioning viral genome that prevents the viral assembly of the virus.

We have beeen courageous with our scientific plant based drug approach towards HIV which not only suppress the virus but also fasten up the complete eradication of it, with no remission.

“The Research on Anti-HIV active compounds” in 2014.

I was detected with HIV in 2000 & undergone treatment with HOO-IMM PLUS.